Beyond the hull and the rudder our inboard diesel engine is likely the most important piece of equipment on the whole boat. As with most cruising monohull sailboats if our single engine fails we will have no means of propulsion in tight quarters. Of course our sails are also a prime way to move the boat but sails are only really appropriate in wide open stretches of water and over long distances. Given that our diesel is so important I opted to take a marine diesel engine course over the winter. This 33hour course (given in the catacombs of Montreal's Olympic Stadium) covered all the basic engine maintenance and troubleshooting. It was a pretty awesome course that I really enjoyed; learned a lot and met some nice fellow sailors. We disassembled and re-assembled some old beat up engines and got them to start & run on... vegetable oil! I was absolutely blown away! I am REALLY impressed with diesel engines, while the concept seems simple enough, once one gets into the details of all the various sub-systems it is really a marvel of technology! Even though the course was entirely in French I am proud to say that I scored a 93% on the final exam! (man how long's it been since I took a final?!)

The instructor was an older gentleman, very experienced and widely recognized as one of the best marine diesel engine mechanics in Quebec. The kind of mechanic who can just listen to an engine running and know what needs to be done.

My Yanmar 27 horsepower engine has performed very reliably for the three years I've had Topanga but again, since the engine is sooo important we wanted to have it in tip top shape before setting out cruising. A full tune up was beyond the basic skills I acquired in the course so the natural choice for hired help was my course instructor. He came for an initial evaluation and as we delved deeper into the engine we discovered some pretty major potential issues; water and algae in the fuel tank, engine mounts needed to be replaced, new injectors, reconditioned mixing elbow, reconditioned valves, reconditioned heat exchanger, new hoses, new thermometer, and on and on and on... It was going to be a big job ($) and would take some time (sigh) I worked very closely with the mechanic (1) to speed things up and (2) to learn as much as I could about my engine.
We had a heck of a time getting the it out; it weighs a ton and there is only about 2 inches between the engine and the engine room wall on both sides and above. It is tight! Working in these close confines was very difficult and we both cursed a lot in French and in English.

I'm happy to report that the engine is now starting easier, vibrating less and running remarkably smoother than before.


At the end of the job the mechanic frankly said that in all his long experience and this was the most difficult job he had ever done. I'm sure it'll be one of the stories he recounts in his future classes.


All in all it cost a mini fortune but I think it's money we'll spent as we can feel more confident in this often used critical piece of equipment.

Seven trips and counting! That’s how many times we’ve transported our “land stuff” to our designated storage facility (my parents’ basement). All weekend was spent forming boxes (thanks Patricia for all the boxes!), sifting through our life’s possessions, cramming them into boxes and carrying them to the car (lift with your knees!). 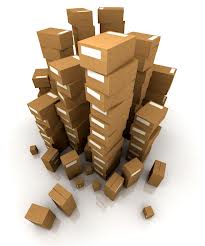 Two realizations from this exercise:

2- 99% of material things are a waste of space, are hardly ever used, should never have been procured in the first place and should have been parted with long ago. They are not only a parasitic drain on our resources ($$, space, effort, environment, etc.) but also a weight on our soul. One of the fundamental issues facing humanity today. Hoarders! Pack Rats! Don’t get me started!

I sincerely hope that downsizing to a very small living space on the boat will minimize our “stuff” quotient.

Luckily most of our big items (furniture, furnishings, appliances, etc.) will stay put as I’ve negotiated with my roommate to purchase them as he takes over the apartment. It was shocking to see how little all I’d accumulated over the years was ultimately worth in the final accounting. Ah depreciation…

Next phase is to move the precious few remaining items to the boat. This unfortunately cannot be done until the engine is put back together, hopefully Wednesday.
Posted by John C. Schulmam at 10:29 PM 1 comment: