After a night on board in the marina we cast off early Saturday morning heading up river to Lac St-Louis in the west of the island of Montreal for the Victoria Day long weekend. Our friend Abigail joined us to help out transiting the locks. Not only are there two locks and one lift bridge between our home marina and Lac St-Louis but they are the massive industrial locks for the huge tanker freighters headed up the seaway as far as Chicago on the great lakes. These locks are quite daunting. Not only are they massive but each one raises/lowers our “tiny” boat about 60 feet! The huge flow of water necessary to move this vertical distance causes some eddies and turbulence in the lock. Transiting these locks is one of the manoeuvres I am most concerned about on the boat. I’m very uncomfortable transiting with only 2 people on board, especially while Cassandra is still getting comfortable with boat handling. Frankly I just wouldn’t do it. Abigail has been on sailboats since she was a child and has plenty of experience. Her presence was greatly appreciated!
It took us about 5 hours to motor all the way (especially because we suspect that the lift bridge operator had fallen asleep, making us wait about thirty minutes in a holding pattern). The trek was definitely worth it though as we arrived into open water, sun shining and a warm breeze. We immediately crossed over to Pointe-Claire Yacht Club where we hooked up with our friend Jesse’s J24 Rushmore, overloaded with people, food and beer! Eight in total, we were more than happy to take on some cargo and sail in tandem around the lake. Winds were light but everyone was just content to enjoy the first days of summer on the water.

Around dinner time we rafted up together and anchored on a shallow sandbar in the middle of the lake and prepared a potluck dinner.
It was such a pleasure to have great sailing friends on board sharing a delicious meal and drinks on the water.

Unfortunately four of our crew could not spend the night on board so we weighed anchor and motored to the docks for a drop off. I’m always a bit apprehensive of boating at night (sailing or motoring) but we took it slow & cautious and ultimately all went well. We did however lightly run around in soft mud on our first attempt at the public dock. A subsequent attempt at the yacht club dock was more successful. Cassandra and I motored back to the sand bar and anchored a short distance from Rushmore, who were likely already sleeping soundly. Cassandra continues to amaze with her uncanny strength to drop and lift the heavy anchor while I’m at the helm.

The following morning we woke up early and immediately motored back to the dock to pick up my roommate Lucas who had just taken public transit all the way from the south shore to the west island. Surprisingly this journey was simple and only took an hour.
Anchored back on the sandbar the Rushmore crew joined us on-board and we hung out in the cool below deck. Rushmore decided to head home and after bidding them adieu we weighed anchored and raised sails for a day of leisurely sailing around the lake. We explored the south western area of the lake near the Beauharnois power dam. This area was actually quite good for sailing; enough space, good wind and deep enough water that we didn’t have to always be plotting a course through a maze of shoals. Lac- St-Louis is a shallow lake and especially towards the end of the season one must keep a close eye on the chart plotter and depth meter. Everyone got a turn at the helm and trimming sails. By the end of the day Cassandra and Lucas had a better understanding of propelling our vessel through the water by harnessing the power of the wind. I think we hit a speed over ground (SOG) of 5.1 knots!

This would be our last overnight on board and to save time the next morning I wanted to anchor closer to the canal opening. I’ve always anchored overnight on the sandbar in the middle so this was new ground (pun intended). While Cassy was cooking dinner below we made our way across the lake. I thought I had charted a safe little spot near a small island to anchor. It was iffy getting in though and the depth meter was giving jumpy readings. The water’s surface seemed to be flowing fast around us which can be an indication of shallow areas. I had a strange feeling but assessed the risks and proceeded anyway. We dropped anchor but as were letting out some rode BAM the keel hit some rocks. We had a hell of a time easing her out of there but finally freed ourselves. As a new anchorage we chose a little bay just off the Kanawake First Nations Reserve. In fact we could actually see a big tepee on the shore and the next morning a lone native paddled by in a canoe. Here we had much better luck anchoring. It was interesting that being only about 300 meters from the canal we could actually hear the tankers before we could see them. Sound travels extremely fast underwater so below deck, which is half beneath the waterline, we would hear this deep ominous rumbling from their enormous propellers. The wind was blowing from a direction that if our anchor didn’t hold we would drift into the tanker channel. We kept a close eye on this. At one point during the night Lucas heard the rumblings and sensed we were moving, he lept out of his berth and darted above to see a massive ship passing but was relieved that we were still solidly secured. Even though it proved to be a false alarm he demonstrated the best attitude on a boat: When in doubt... check!

Monday morning we were up bright & early to commence the voyage home. Our original plan was to wait for a tanker to pass going in our direction to ensure that we made it under the lift bridge without delay and then a “known” wait time for the locks. While waiting we had a light breakfast (instead of the grand one we had planned for because the stove/oven propane tank ran out). After about half an hour we got impatient and just set off on our own which ultimately proved a very good idea as everything seemed to just open for us immediately! I think we made record time in getting home which was a very satisfying way to end the weekend! 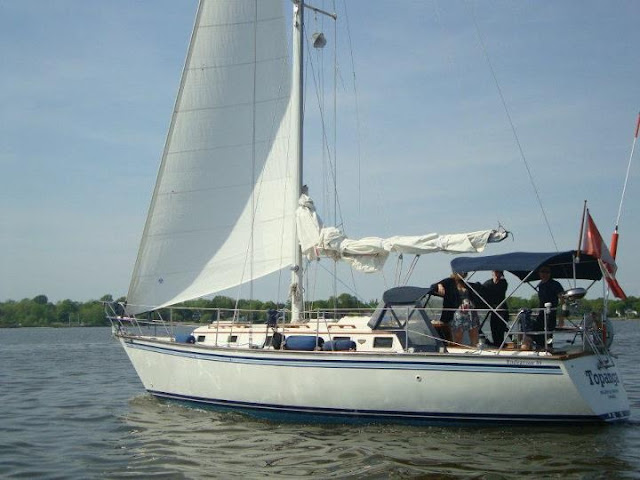 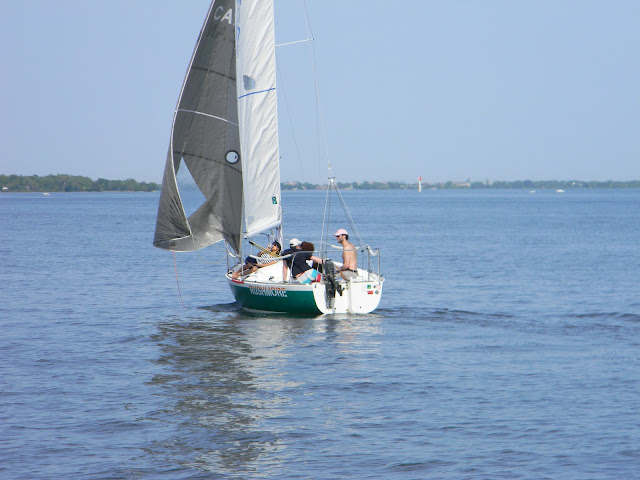 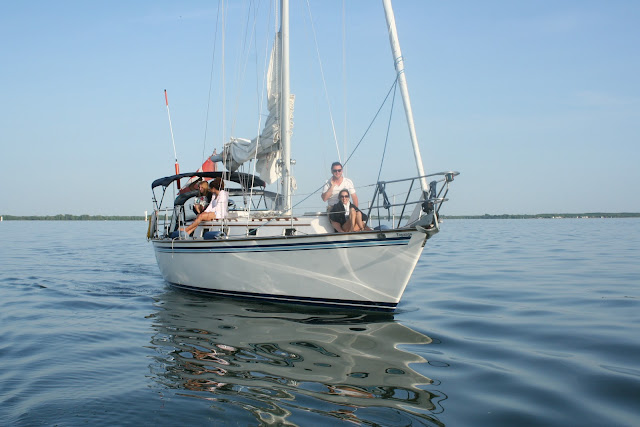 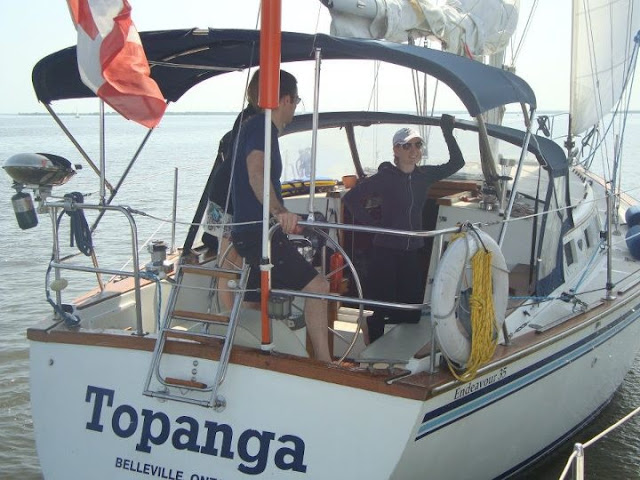 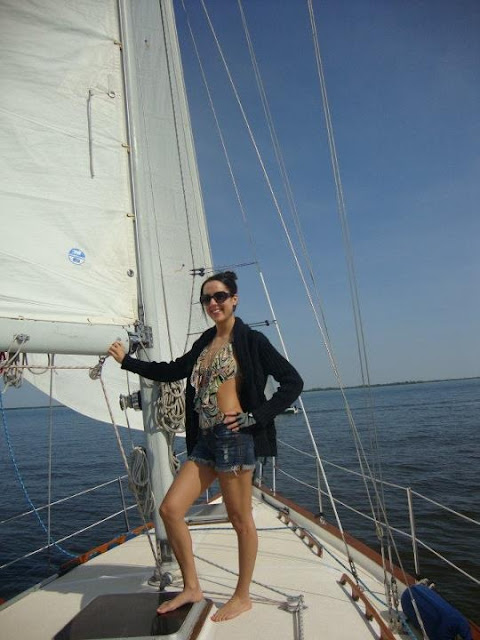 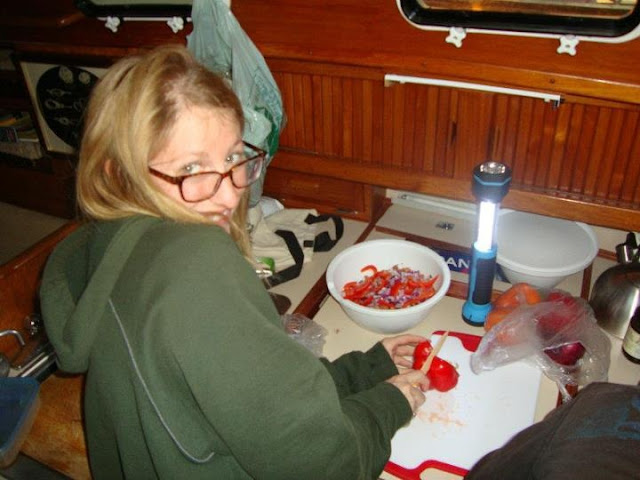 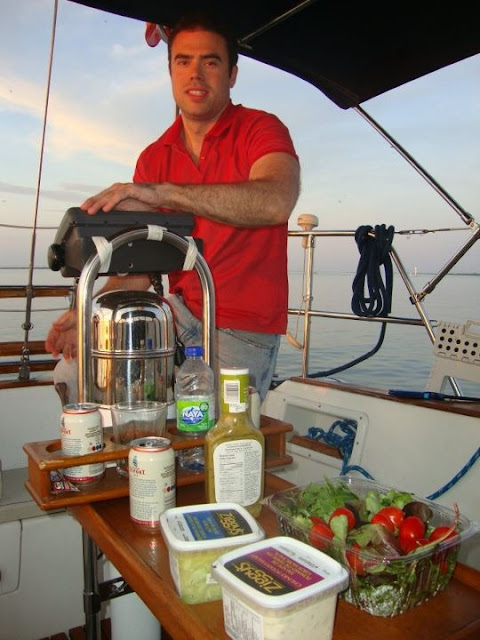 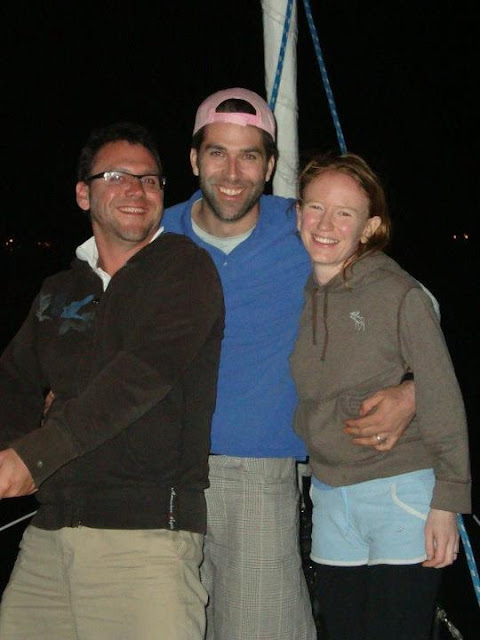 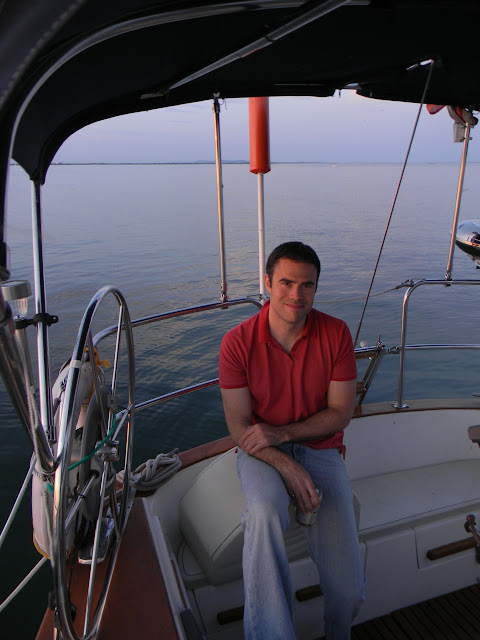 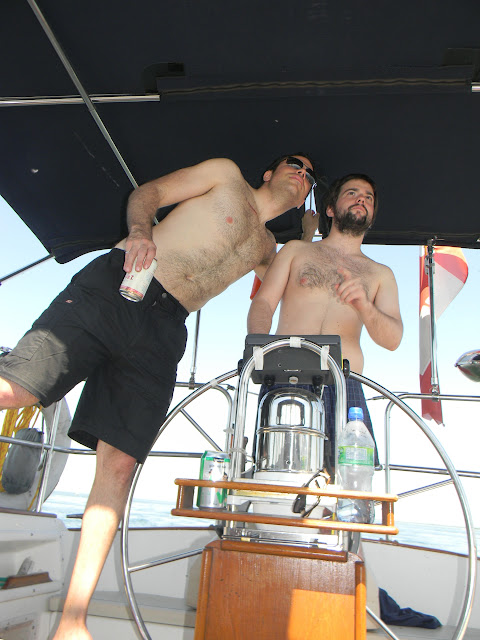 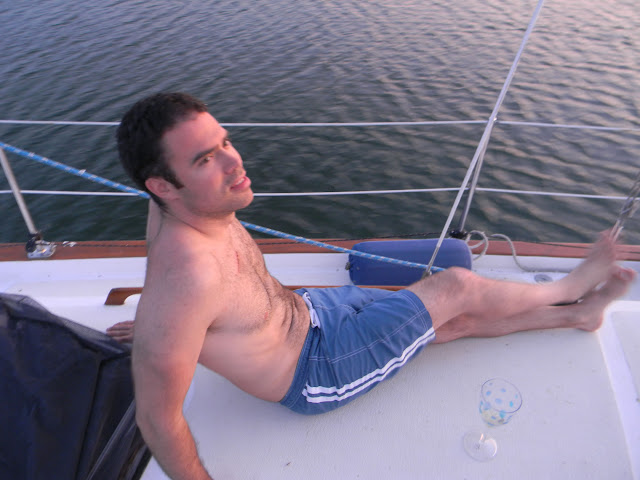 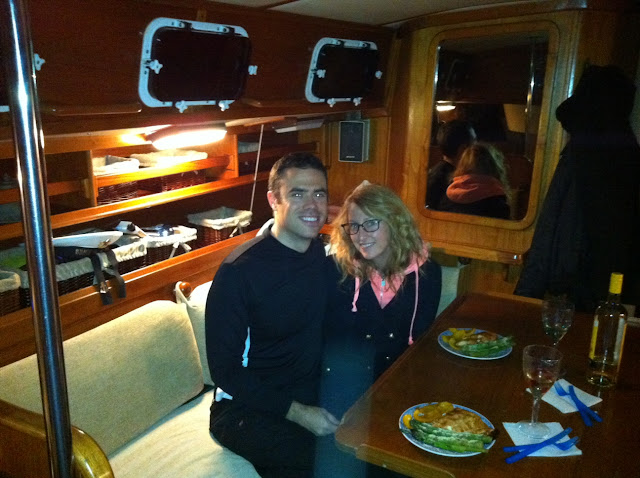 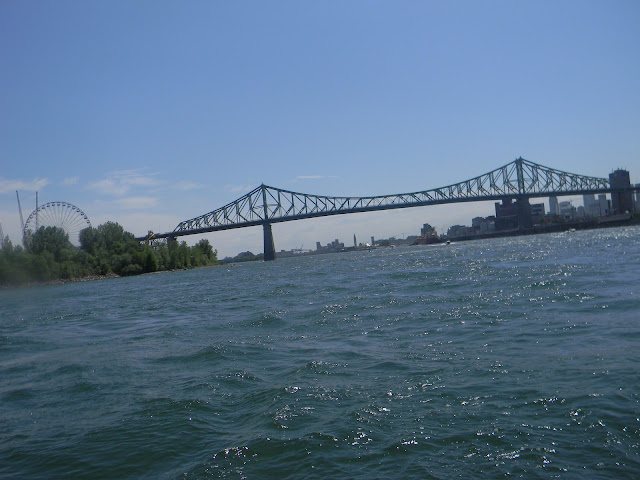 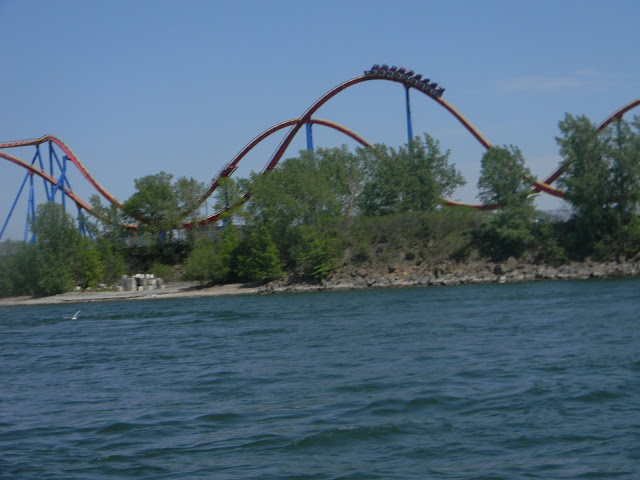